The Return of Dinosaur Rex.


One of the most difficult things being parent is setting and keeping limits. I have found that with Max Archer, the most difficult thing is that he forces me to follow through.
Every single time.
And yet, I have not yet completely internalized the idea that I MUST think before I announce a consequence. So, when Max and I were waiting for the bus a few weeks ago and he would not stop running away, and when I threatened to throw his dinosaur in the trash if he did not come back immediately, I immediately regretted it, immediately. Because I had no interest in actually throwing the dinosaur away. It cost 11 bucks and it was one of his favorites.

So, I counted to 3, then 5. I ignored him, I called him, and finally simply captured him as he ran by... and then he bit me... Hard.... I was so angry at him... not just because of his behavior, but because he was forcing my hand. I was going to have to throw the damn dinosaur away.

So, I pulled it from his sweaty hand and brought it to the trash can. when he realized I was going to do it, he shifted from laughing to crying in a heartbeat. Real, true, painful tears. And I was welling up as well. Because this is the part of parenting that hurts, having to teach lessons that are painful to learn. The only thing that keeps me going is reminding myself over and over that they are far more painful NOT to learn.

So, I threw the dinosaur in the trash. 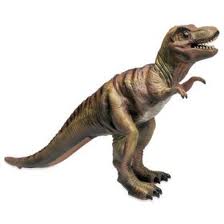 and Max completely melted. All the fight went out of him, leaving a puddle of sobbing almost three year old on the sidewalk, and I walked over to him, oblivious by then to the watching strangers at the bus stop, and gathered him up, walking over to the fully occupied bus stand bench and standing in front of it rocking him and repeating, "I know it is hard. It hurts to lose something we like, but you must listen to mama and you cannot bite." over and over....

I did not even acknowledge the young man on his cell phone who finally stood up, giving us his seat.
I just held my sweating, sobbing, sorry baby and thought about how incredibly hard it is to be a good parent...
I was in the f*cking Peace Corps, supposedly "The Toughest Job You'll Ever Love" and it was a freaking cakewalk compared to being fully responsible for a developing human 24/7.
I was recently talking to friend about why this is so hard, why we obsess over our children, why we so aggressively judge one another and ourselves, have such a take-no-prisoners attitude in defending our choices: weaning, cry it out, cosleeping, bottle feeding, home schooling, nanny, daycare.
It all feels so amazingly important. Every choice we make seems to close as many doors as it opens, and when we meet someone who seems decent and smart, who made a different choice, it feels very scarey to think that they might have made a better decision, that we might be wrong. Because, how could two decisions at such opposite ends of the parenting spectrum BOTH be correct? AND if they are both correct, then what does that say about all the time and energy we put in to making the "right" choice, if there is no "right" choice to be made.
It seems awfully frightening, the idea that these big choices that we make, agonizingly sometimes, have no real impact in the long run.
Because if our parenting decisions are not important, than what is?
I think part of the problem is that we are terrified by the vastness of the potential entrusted to us. The idea of impacting the entire course of a humans development is....immensely frightening. The possiblities for our child's future run frrom abject misery to bliss, and it seems sometimes like our decisions on sleep training and booby vs bottle are going to be the very ones that decide whether he will be happy in his life or miserable in his skin..
So, even as our little one weeps in his crib before falling asleep, we stand in the hallway, tears on our own cheeks, and we make these decisions about how we handle discipline and then we question our conclusions with every interaction.
And so, even though my heart aches and my hands are loathe to let go of my son's beloved plastic reptile, I throw it away, determined to stick to the parenting choices I made, and even as tears drip down my cheeks, I hold fast to my stern and reasonable voice, reminding Max of the reason the dino had to go.
The bus arrives and I carry him up the stairs and grab a seat near the front as Max falls to sleep in my arms, still crying.
"mama, why dino go in trash? Is dino ever come home?" "I do not think so Max". This brings another few sobs before the big blue eyes finally close.
As I held Max, I thought about the lesson I had just tried to teach him, and questioned as usual both the message and the methods, as well basically every parenting decison I had ever made leading up to the moment I threw away Dinosaur Rex forever. I tried to decide if losing Dinosaur Rex was too huge a consequence, if it will obliterate the lesson I am trying to teach, if it will scar him for Life, if it will be the thing that he finally gets to in therapy, the root of his misery and sorrow.
As I contemplated Max's Dinosaur Rex-less future, I was sure that I had made the wrong choice...
Then I felt a tap on my shoulder, and the young man, the kid really, who had given us his seat on the bench at the bus stop was behind me. I turned to find him offering me a plastic bag.
"It's the dinosaur. I pulled it out of the trash. I thought you might want it, maybe you could give it back to him after enough time has passed."
"Oh my God, Thank you, thank you."
"Yeah", he said. "I was on the phone with my mom and told her what happened. She told me when I was little I forced her to make good on every threat she ever made. And she told me you were probably really upset about throwing the toy away, so I got it out for you."
I thanked him again, and told him that his mom would be proud.
He just smiled, and went back to his seat.
A few minutes later, we reached our stop and I carried Max down the stairs and to the car. He was still asleep when we got home and I woke him only to have the first words out of his mouth be, "mama, I wanna say sorry."
I told him I accepted his apology. We hugged. He was quiet all the way home.
When we got home, he said, "Mama, you think Dinosaur Rex come home if I be good?"
"Maybe Max."
"Mama, next time I not bite mama. I not run away."
"Max, I am so glad to hear you say that...." because it means you'll be safer next time we go out, because it means that someday when listening is a Life skill-you'll be able to do it.
And because it means that, at least in this one moment, out of all the "right"choices, I managed to pick one of them. the one that won't leave put you into therapy, the one that will make you choose a partner who cares for you, the one that will give you the courage to pursue your dreams.
Or maybe just the one that makes you a teeny, tiny,itsy bitsy bit less likely to run away and then bite me when I manage to catch you.
Or maybe not.
Posted by Charity at 6:12 AM

Charity
after now more than 100 foster kids, after a... chaotic childhood, after being taught and retaught that you can have anything you want, if you want the right stuff.... after incredibly high highs and soul crushing lows, and after the birth of an amazing little boy through IVF, I am navigating the rest of my life as a mom, wife, woman, writer, and worker... The order changes day by day...